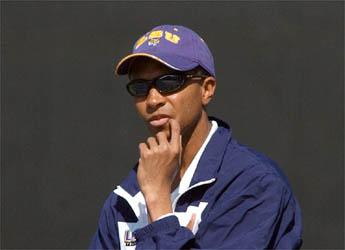 AUSTIN, Texas — The No. 19-ranked Lady Tigers will go west for the first and second rounds of the NCAA Tournament. LSU will face No. 41-ranked Arizona State, and if they win will face the winner of host and No. 13-seed Texas and Texas Arlington.

LSU (18-8, 6-5 SEC) makes the NCAA tournament for the tenth year in a row. They are one of only 11 teams, including Texas and Arizona State, to accomplish that feat.

LSU will be trying to earn a first round win for the first time since 2000. The Lady Tigers have already earned more wins than they have in any season since 1997.

“Arizona State is a tough first-round round draw, for sure,” said LSU assistant coach Sandy Sureephong. “They’ve got some strong players.”

The Lady Tigers took an exciting path to their tournament berth. After falling as low as No. 62 in the national rankings, LSU won 10 of 11 matches and has now spent six consecutive weeks ranked in the top-25. The Lady Tigers finished the regular season as the SEC Western Division Champions.

Play begins Friday, May 14 with the second round on May 15. For updated times and for live match scoring, check LSUsports.net.