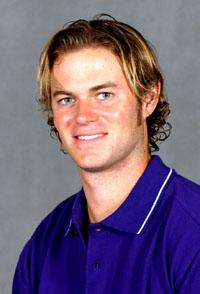 LAFAYETTE, La. — Danny Bryan and Cory Ross won their first match Saturday in the Ragin’ Cajun Men’s Tennis Classic to advance to the doubles semifinals for the second time in two weekends.

Ross, the tournament’s first seed, was upset in singles by David Corrie of Texas-Arlington in his A Division semifinal match.

“Cory had a good run in singles in this tournament,” said LSU assistant coach Mark Booras. “His opponent was just too consistent today.

Bryan, a freshman, and Ross, a senior, won the doubles championship last weekend at Tulane’s Beau Holton Memorial Invitational. It was their first tournament as a doubles team.

Bryan and Ross will play Sunday at 10:30 a.m. to try to reach the tournament finals.