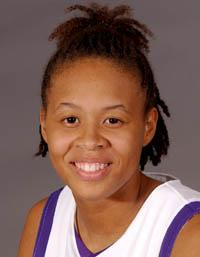 BIRMINGHAM, Ala. — LSU’s women’s basketball team was picked to finish second in the Southeastern Conference in a preseason poll released Wednesday at the annual basketball media day. Lady Tigers’ sophomore guard Seimone Augustus was also tabbed the preseason SEC Player of the Year by the media attending the event.

LSU received 247 points in the voting and six first-place votes to finish behind Tennessee. The Lady Tigers are coming off a 30-4 season in which they finished second in the SEC, won the SEC Tournament, received a No. 1 seed in the NCAA Tournament and advanced to the Elite Eight.

The Lady Tigers return three starters from last year’s team, including Augustus, the preseason Player of the Year in the league. The Baton Rouge native received 10 votes for Player of the Year honors to edge Mississippi State’s Tan White and Vanderbilt’s Jenni Benningfield. Augustus, who led LSU last season by averaging 14.5 points per game, was also named one of five first-team All-SEC members by the media at the annual Media Day event.