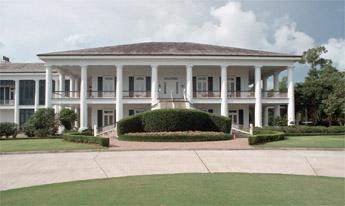 BATON ROUGE — The LSU men’s golf team will play host to the 10th-annual Country Club of Louisiana Intercollegiate on Oct. 27-28 as the Tigers welcome 14 teams to town for the prestigious event.

“This is a big tournament for our team, and it is nice to play at home and end the fall season here,” said LSU assistant coach Blaine Lindsly. “The course is in great shape, probably the best it has ever been, and it would be nice to end the fall with a good showing at home.”

“This really is an important tournament with some teams here in our conference and in our district,” said Lindsly. “This is always a great event and everyone looks forward to it.”

The tournament is being held for the first time since 2001 as last season’s event was rained out. The Tigers have won the CCLA title twice in history, with the most recent win coming in 2000, as former All-American Alan Morgan claimed medalist honors by firing a 10-under par 206. The Tigers also won the inaugural event in 1993. UAB, led by Graeme McDowell’s 54-hole record 12-under 204, won the 2001 title.

LSU is coming off of a seventh-place finish at the Gary Koch Intercollegiate last week in Tampa, Fla. The Tigers have finished no worse than seventh in any of their first four tournaments this season and have also own one win, as the Tigers took home the title at the Baylor Invitational last month.

The Tigers’ lineup for the tournament will not be decided until Sunday afternoon after LSU head coach Greg Jones holds qualifying that morning. Junior Heath West seemingly should get the nod for the fifth-straight time this season, as the Dothan, Ala., native has already recorded three top-10 finishes this season and leads the team with a 72.2 stroke average. West also has five rounds of par or better and has placed outside of the top 20 only once this season.

Senior Garrett Prather and junior Jeff Riemann have also played in all four of the Tigers’ tournaments this season. The two have combined for six rounds of par or better and three top-20 finishes. LSU has used three different lineup combinations so far this season.