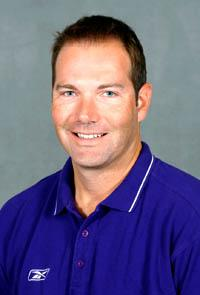 “Cory picked up a couple of good wins,” said LSU head coach Jeff Brown. “He started slow in both of them but regrouped and got the job done. It’s really good for his confidence after coming back from injury so recently.”

Ross returned to the courts last week after missing early fall tournaments because of an injury. He beat Kai Scheldorn of Middle Tennessee State, 6-4, 6-3, in the first round then battled Christopher Rea of Southen Miss. Ross recovered after falling be hind in the first set to win, 3-6, 6-3, 6-4.

LSU’s Brandon Nicholson lost his first match to Juanjo Martin of Southern Miss, 6-3, 6-2. He withdrew from his consolation match to Greg Pollack of Middle Tennessee State.