Swimming and Diving Falls to Alabama 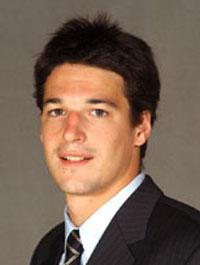 TUSCALOOSA, Ala. — The LSU swimming and diving teams lost to Alabama Friday afternoon at the Alabama Aquatic Center in Tuscaloosa, Ala.

The LSU women got off to a promising start in the first two events, finishing one and two in the 400-yard medley relay. The group of Lindsay Staak, Lauren Harvey, Heather Brand and Donna Leslie won with a time of 3:53.87, just ahead of LSU’s Megan Wolters, Emily Johns, Colleen Bertirotti and Margaret Anne Moore. In event two, All-American Stephanie Smith scored a victory in the 1000-yard freestyle with a time of 10:10.54, touching the wall 11 seconds ahead of Alabama’s Nicole Weatherman. Alabama got back on track winning the next six women’s events and ultimately the meet.

The Lady Tigers were also victorious in the 200-yard backstroke when Lindsay Staak finished her heat in a mark of 2:05.62. Lauren Harvey returned to the water in the 200-yard breaststroke and the junior did not disappoint. Harvey swam to a first-place finish with a time of 2:24.63.

In diving, Alabama captured all four events, winning the men’s and women’s 1-meter and 3-meter. Jessica Wantz finished second in both events to the Tide’s Lane Bassham. On the men’s side, Alabama’s Stewart Smith won both events, placing just ahead of LSU freshman Andrew Keane in the 3-meter.

The LSU men got off to much of the same start, capturing the first event of the day, the 400-yard medley relay. The team of Jared Strecker, Robbie Moon, Neil Lowe and Ross Hebert defeated LSU’s Justin Boyes, Matt Coenen, Ryan Ashby and Robbie Leininger. The first and second finish gave the Tigers 15 points to begin the meet, but Alabama rebounded winning the next eight events. The Tigers did manage to score a victory in the 500-yard freestyle when Jan Minartz won the 500-yard freestyle in 4:36.37.

Alabama upped its winning streak versus the Tigers to three straight decisions. Last year, the Tide came to Baton Rouge and defeated both squads at the LSU Natatorium.

LSU will have no time to rest. The men and women will bus to Cleveland, Miss. to face Delta State and Southwest Missouri State in a double-dual meet Saturday morning at 11 a.m.

“This will be a good test for us to go back-to-back meets, especially when you have a late-afternoon meet and then another one the following morning,” said head coach Jeff Cavana. “This will hopefully benefit us later in the year when we have to go to the Nike Cup and be able to compete both late-evening and the next morning.”