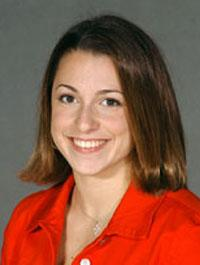 BATON ROUGE — Following a three-week layoff, the LSU swimming and diving teams hit the road again, traveling to Tuscaloosa, Ala. to square off against the Alabama Crimson Tide in a dual meet Friday afternoon at 3 p.m.

The meet will be the first action for both squads since dropping an Oct.3 contest to Clemson. The men were defeated 252-184, while the women lost 290- 200. A day earlier both teams fell to perennial power Georgia.

“We have basically raised the level of competition up for us the past three weeks,” said LSU head coach Jeff Cavana. “We have added a little more training and yardage to our workouts.”

The five-meet road trip to begin the season is the longest road stretch LSU has faced since the 1984-85 season. In 1985, the Tigers faced eight straight opponents away from home before opening their home schedule in a non-conference meet against TCU. This year, LSU will not host a contest at the LSU Natatorium until Nov. 7 when South Carolina travels to Baton Rouge.

The LSU and Alabama rivalry dates back to the 1968-69 season. Since then, the two have competed a combined 55 times, the most of any opponent in school history. On the men’s side, LSU had won five straight decisions versus the Tide, a streak dating back to the 1996-97 season, until Alabama defeated the Tigers in 2001 and then again in 2002. The women are 5-5 in the last 10 meetings versus Alabama. Both teams fell to the Tide last year in Baton Rouge.

“They are without question one of our biggest rivals,” said Cavana. “Year in and year out you see some very good meets between the two and I expect this one to continue that tradition.”

Senior captain Chris Stanczyk will lead the LSU men. The Brookefield, Wis. native teamed with Myles Jaynes, Jan Minartz and Neil Lowe to capture the 800-yard freestyle relay at Clemson. A day earlier, Lowe won the 300-meter backstroke at Georgia, while Jaynes was victorious in the 300-meter butterfly.

Despite suffering two setbacks to begin the season, it was the LSU women’s divers who made a splash in their first meet. Junior Jessica Wantz won the 3- meter event at Clemson with a mark of 259.58. Freshmen Hali Saucier and Alyson Carlyon, making their debuts, finished first and second in the 1-meter.

Friday marks the season-opener for Alabama and the first for new head coach Eric McIlquham. The men’s team returns four All-Americans from a squad that finished fifth at the SEC Championships last February, while the women women feature 11 freshmen in 2003-04.

“They lost several good swimmers from last year’s team, but they are still Alabama,” said Cavana. “We are going to have to pick it up and have the best meet of the year, basically, in order to beat them because they will be ready for us.”