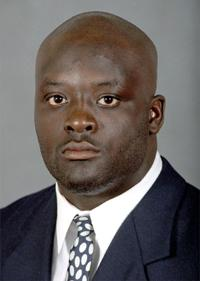 WALPOLE, Mass. — While some NFL defensive linemen relax in front of a TV or on a secluded beach next spring, Patriots defensive end Jarvis Green will be interning as an engineer at the Rolls-Royce Naval Marine Plant in Walpole, Mass.

Green, who is making more than $300,000 this year, doesn’t really need the small change he will make from the part-time job in the program management department at Rolls-Royce, but he wants the experience.

“He’s planning for the future in case he gets hurt,” said Mary-Alice Howard, a spokeswoman for Rolls-Royce Naval Marine. She added that he will make “typical intern pay.”

Green, 24, graduated with a construction engineering degree from Louisiana State University in 2002. He was offered a job at the Walpole plant Tuesday, Howard said.

The 6-foot-3-inch, 290-pound lineman will work every Tuesday at Rolls-Royce during the remainder of the regular season and throughout the week in the offseason next year.

Contacted after a practice session yesterday in Foxboro, Green said he was excited about his new second job.

“I went to LSU for football, but I also went there for engineering,” the Attleboro resident said. “I knew football wasn’t a thing I could play for the rest of my life.”

Green credited his parents in Louisiana for stressing the importance of a good education to him.

“It’s great to see an athlete thinking like this,” Howard said. “What a positive message that sends to kids — education is important.”

Green said he heard about the Walpole plant from an equipment manager for the Patriots who had some connections at Rolls-Royce. When he contacted the company, Green learned that Rolls-Royce Naval Marine CFO Jorge Morales also graduated from LSU.

After some visits to the plant, Green convinced Morales and others at Rolls-Royce that he could make a solid contribution to Rolls-Royce as an intern.

“It’s funny how things work out,” Green said of the unexpected opportunity. “I just started talking to them and they saw I was very serious about it.” Green was in for about four hours this week and he expects to put in similar hours during the season.

“He’ll be learning about the organization and accountability for a program manager,” Howard said.

Rolls-Royce Naval Marine’s North American headquarters have been in Walpole for two years.

The facility has 130 employees, helping the company produce engines for ships and planes. Rolls-Royce Naval Marine recently completed a propeller for the Navy’s nuclear aircraft carrier, USS George H.W. Bush. When complete, the warship will be the largest in the world, Howard said.

Green said his teammates have yet to learn about his position at Rolls-Royce Naval Marine.

“I bet they’ll be very surprised,” he said.