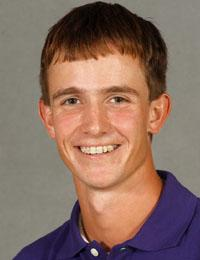 TAMPA, Fla. — The LSU men’s golf team will participate in the prestigious Gary Koch/Cleveland Golf Intercollegiate Oct. 20-21 at Old Memorial Golf Club against one of the toughest fields in all of collegiate golf this season.

“This is a very good field and is it also a great golf course so I am looking forward to seeing how we play on this golf course,” said LSU head coach Greg Jones. “We are playing two new players, Jake Shaw and Garrett Runion, along with three guys who are pretty proven, so we will see how the new guys do.”

Florida, the nation’s top-ranked team according to Golfweek.com’s Oct. 13 rankings, will host the event and welcome 14 teams to the par-72, 7,247-yard course. The field features three teams currently ranked in the top 10 and two other top-30 squads. The Gators won the Gary Koch title last season by shooting a 12-under par 564 as the tournament was shortened to two rounds due to weather conditions. Florida has won the team title three-consecutive seasons.

The Tigers will use a new lineup, its second different lineup this season. True freshman Garrett Runion and junior college transfer Jake Shaw will join regulars Jeff Riemann, Garrett Prather and Heath West. Runion, a native of Orlando, Fla., will make his LSU debut on Monday, and Shaw, a native of Cordova, Tenn., and former standout at Faulkner State Community College, will also make his first appearance this season.

Riemann, Prather, and West are all playing in their fourth-straight tournament this season. West, a junior from Dothan, Ala., leads the team with a 72.7 stroke average to go along with a team-best two top-10 finishes. West tied for fifth place in LSU’s last tournament, the Windon Memorial Classic on Oct. 7, after firing a 3-under 213. LSU only recorded five top-10s all of last season by just two players. Three golfers have already placed in the top 10 this season.

The field also includes fifth-ranked Georgia Tech, No. 6 TCU, 21st-ranked Arkansas, and No. 29 Kentucky, while LSU is ranked 41st.

A practice round will be held on Sunday, Oct. 19 beginning at 2 p.m. The first 36 holes will commence at 7:50 a.m. on Monday with a shotgun start and the final 18 holes will be played on Tuesday beginning at 8 a.m.

Following the trip to Tampa, the Tigers will return home to host the 10th-annual Country Club of Louisiana Intercollegiate Oct. 27-28 in Baton Rouge.