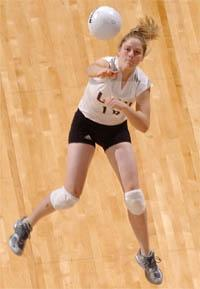 STARKVILLE, Miss. — The LSU volleyball team travels to Starkville, Miss., to face Mississippi State on the road on Sunday at 1:30 p.m. in the Newell-Grissom Building.

The Tigers are currently 7-11 overall and 2-4 in Southeastern Conference play. The Bulldogs enter the match at 1-14 overall and 0-5 in league play.

“This is an important match for us,” said LSU head coach Fran Flory. “After a tough five-game loss to Ole Miss on Friday our team needs to bounce back against Mississippi State on Sunday. Despite being winless in the conference, we can not over look this team because they took us to five games last year at their place. We will need to come out and play hard the entire match.”

LSU has now won nine-straight over the Bulldogs and holds a commanding 37-4 series advantage. The Tigers also hold the 17-1 all-time series lead in Starkville, having lost just once in five games in 1997.

Last season LSU took a pair from Mississippi State, sweeping the Bulldogs in Baton Rouge, before holding off MSU in five games on the road. Regan Hood recorded 13 kills and a game-high six blocks against the Bulldogs in their last meeting.

Hood currently leads the SEC in kills per game at 4.59. With 21 against Ole Miss on Friday, she surpassed the 300-kill mark for the season. The junior also leads the team in block solos and ranks second in blocks per game and digs per game.

Freshman Lauren Leaumont recorded 19 kills against the Lady Rebels on Friday and is second on the team with 2.91 kills per game. Junior Rachel Pittman leads the team with 2.57 digs per game, while freshman Kassi Mikulik has led the team in digs the last two matches.

Mississippi State is led by Rachel Cooper with 3.26 kills per game, while Tankika Taylor leads the team with 3.12 digs per game. Hilary Chambers is the team leader in both attacking percentage at .306 and blocks per game at 0.96 for the Bulldogs.

The Tigers will hit the road for a rematch with Kentucky and South Carolina next weekend. LSU defeated Kentucky in five games in Baton Rouge, while dropping a three-game decision to the Gamecocks at home in September. The Tigers will take on the Wildcats in Lexington, Ky., on Friday at 7 p.m. CT before facing South Carolina at 1:30 p.m. CT on Sunday.