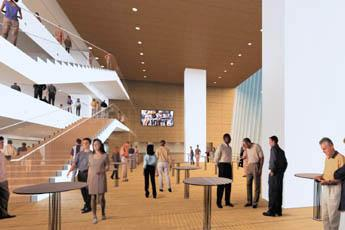 BATON ROUGE — The deadline for applications for seats in The Stadium Club at LSU, a new seating area in Tiger Stadium scheduled to open for the 2005 football season, is Wednesday, October 15.

The Stadium Club at LSU is a part of the new construction on the west side of Tiger Stadium that was approved by the LSU Board of Supervisors in August.

The Stadium Club will consist of over 3,000 new seats on three levels on the west side of Tiger Stadium. Stadium Club members will enjoy a separate entrance gate and high speed elevator access to their seating level. Two dining areas of over 4,800 square feet each will feature catered meals and beverages, as well as closed circuit large screen televisions and spacious restrooms.

Admission to the Stadium Club will require a donation to the Tiger Athletic Foundation of various amounts depending on the seat location. The donation will be in addition to and separate from the cost of the ticket.

Donation amounts will range from $1,950 to $2,750 throughout the three levels of seating.

A $500 fee is required at the time of application. Fully completed applications with the $500 fee must be submitted no later than 5 p.m. on Wednesday, October 15, 2003.

Full details on The Stadium Club at LSU are available at LSUsports.net or lsutaf.org.