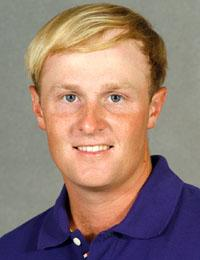 GLENVIEW, Ill. — The LSU men’s golf team, fresh off their first tournament victory of the season, will begin play in the 2003 Windon Memorial Classic on Monday at North Shore Country Club.

The 17-team field will play 36 holes on Monday and then the final holes on Tuesday at the par -72, 7,031-yard course. Northwestern will host the event and is the defending tournament champion. The field also includes North Florida, Minnesota, Oklahoma State, and Arizona.

The Tigers picked up their first win of the season last week as they won the Baylor Invitational by two strokes over in-state rival Southeastern Louisiana. LSU landed three golfers in the top 10 for the first time in the Greg Jones era as Heath West, Andrew Lanahan, and Jeff Riemann each tied for ninth place. Brandon Aydlett and Garrett Prather also each finished in the top 25.

“This is a big tournament for us because we need to show that we can come out after winning a big tournament and play with consistency in the next one,” said LSU head coach Greg Jones. “This is a good field and the weather should be much like it was in the Baylor tournament with lots of wind and some cold temperatures,” said Jones.

LSU will use the exact lineup it did at the tournament in Texas, with juniors Aydlett, West, and Riemann, and Lanahan teaming with the senior Prather.

The Tigers will head to the Gary Koch Intercollegiate on Oct. 20-21 in Tampa, Fla., following the trip to Illinois.