Swimming and Diving Swept by Clemson 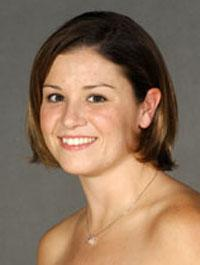 CLEMSON, S.C. — The LSU men’s and women’s swimming and diving teams fell for the second consecutive day as Clemson defeated both squads in a non-conference dual meet Friday afternoon at the McHugh Natatorium in Clemson, S.C.

The LSU men lost a 252-184 decision, while the women fell 290-200. Clemson finished the day winning 20-of-24 events. All events were held in relays and points were awarded to the top-three relays from each team in each event.

Divers saw their first action of the season today and looked as if they were in midseason form when freshmen Hali Saucier and Alyson Carlyon finished one and two in the 1-meter. Saucier, a native of Gig Harbor, Wash., earned 14 points with a score of 258.30, 25.80 better than her teammate Carlyon. Senior Jessica Wantz, coming off of an All-America season in 2002-03, captured the 3-meter event with a mark of 259.28. Carlyon and Saucier finished second and third.

On Thursday, the Tigers and Lady Tigers lost in their season opener to Georgia. Friday’s meet versus Clemson was only the second time the two foes have met in school history. LSU defeated the Clemson men and women during the 1994-95 season, a year that saw both teams finish in the top-ten nationally.

LSU will have three weeks until their next action, a dual-meet on the road at rival Alabama on Friday, Oct. 24 at 3 p.m.