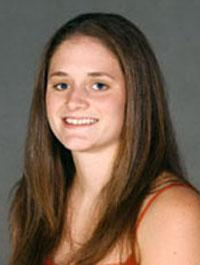 ATHENS, Ga. — The LSU swimming teams fell to perennial power Georgia at the Gabrielson Natatorium in Athens Thursday afternoon in the season opener for both squads.

The men lost 117-77, while the women fell by 39 points, 114-75. The meet, the earliest in school history, was the first time the two conference foes faced off since the 2000-01 season. Due to the early start of the season, the 22-event meet was held in long course meters as compared to normal yards and did not feature diving.

The Georgia women captured 8-of-11 events on the day. LSU’s first victory came in the 300-meter butterfly when Margot Gathings finished the event ahead of Georgia’s Mary DeScenza. Senior Stephanie Smith managed to show her freestyle strength when she took first place honors in the 800-meter freestyle with a mark of 9:04.26. Smith would go on to finish second in the 1500-meter freestyle. Senior Donna Leslie earned the women nine points as she was victorious in the 100-meter freestyle.

“We knew coming in this was going to be a very hostile environment,” said LSU head coach Jeff Cavana. “Georgia is very good and I would not be surprised to see both of their teams in the top-five at NCAA’s next spring.”

Both Georgia squads entered the meet coming off of outstanding seasons in 2002-03. The women’s team entered Thursday’s dual meet returning eight All-Americans from a squad that finished national runners-up, while the men returned nine All-Americans, including Robert Margalis, the 2003 national champion in the 400-yard individual medley.

LSU will have no time to rest. The team will depart Athens early Friday morning and bus to Clemson, S.C. for a non-conference dual meet at 1 p.m. All events will be relays and be measured in traditional yards. Divers will have their first chance to compete this fall season.

“It will be a lot more to our level tomorrow,” said Cavana. “We just have to turn around and get ready. The season is a very young and I saw a lot of promising swims out there today.”