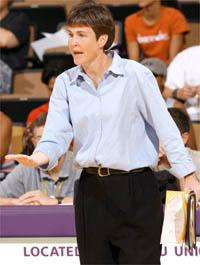 BATON ROUGE — The LSU volleyball team will play its fourth-consecutive home Southeastern Conference match on Friday as the Fighting Tigers host Auburn at 7 p.m. in the Maravich Center.

Last Sunday, LSU won a marathon five-game match against Kentucky to improve to 6-9 overall and 1-2 in league play. After nine-straight wins, Auburn is coming off back-to-back road losses to Georgia and Florida and stands at 9-5 overall and 0-2 in conference play.

“Auburn is a much improved team this season,” said LSU head coach Fran Flory. “They come in with a pretty solid record. We will have to do a very good job of being efficient offensively. Fortunately, I think we finally got a solid week of practice where we could work on running our offense. We will also have to maintain our ball control and step up offensively to be successful.”

In their most recent meeting, LSU defeated Auburn, 3-0, in Baton Rouge last season. The Fighting Tigers dominated nearly every aspect of the match, outkilling Auburn, 47-21, and outdigging AU, 36-23. LSU also recorded 13 service aces, while allowing only 10 points in the second game, tying the school record for fewest points allowed in a game under 30-point scoring.

This season, the purple and gold Tigers are led by junior Regan Hood. The Carrollton, Texas, native ranks first in the SEC in kills per game at 4.76, and leads the team in block solos. In addition, she ranks third in digs and second in total blocks. She is currently just nine blocks shy of 200 for her career.

Against Kentucky, freshman Markeisha Constant stepped up with LSU needed her most and produced had the match of her young career. The Tuscaloosa, Ala., product had her best outing as a Tiger with 18 kills and six blocks. She also recorded a pair of assists and three digs.

Freshman Daniela Romero has also proven to be a valuable addition to the young LSU lineup despite a persistent leg condition that limits her practice and playing time. The Arlington, Texas, native, leads the team in attacking percentage and ranks fourth on the team in digs, despite playing in just under two-thirds of the Tigers’ games. In addition, the setter leads the team in assists and ranks in the top 10 in the league in assists per game.

On the other side of the court, Auburn is led by junior Ashlee Johns who is averaging 3.94 kills per game. Freshman Kameshia Melton leads the Tigers of Auburn in blocks and attacking percentage, while freshman Maira Mogollon leads them in assists. Mogollon also tops the SEC in service aces per game, with 36 in 47 games this season.

Leading the all-time series with Auburn 21-11, LSU owns an impressive 11-4 record against the Auburn Tigers in Baton Rouge. The Fighting Tigers have won four straight matches over the Tigers of Auburn, including 12-straight games, and five of their last six matches.

LSU will close out its five-match SEC home stand against Alabama on Sunday at 1:30 p.m. The Tiger will then hit the road for four matches at Ole Miss, Mississippi State, Kentucky and South Carolina.