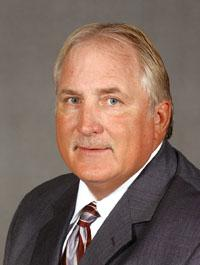 LSU expects to announce at least two more signings within the next week. The signees are scheduled to enroll at LSU in the fall of 2003.

Broschofsky helped lead Jesuit to the 2002 state championship, batting .416 with 13 homers and 52 RBI. A 6-2, 210-pound right-handed batter, he earned all-state honors and was named an all-American by the American Baseball Coaches Association.

Byrd, a 2002 all-state selection, has led Southwood to district titles the past two seasons. The 6-3, 190-pound hurler was also named the MVP of the Shreveport metro area last season.

Rodriguez was 12-2 with a 1.21 ERA last season at Southridge High, recording 89 strikeouts and 33 walks. The right-hander helped lead his squad to the runners-up position in the Florida state championship tournament.

Duncan, a 6-2, 205-pound left-handed batter, has earned all-conference honors while leading Seton Hall Prep to a state title during his career.