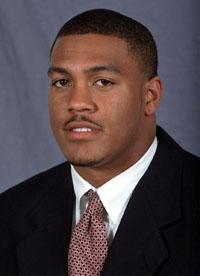 Randall came off the bench to throw for two TD passes, including the game-winner with just over six minutes left in the one-point Tiger victory. For the game, Randall completed 13 of 20 passes for 179 yards and a pair of scores. Randall also rushed for 31 yards on nine carries.

Clayton, a wide receiver, caught six passes for 77 yards, including the game-winning points on a 27-yard reception from Randall.

LeJeune, a senior strong safety from Brusly, led an LSU defense that limited Ole Miss to only 279 yards, including just 105 yards and only three points in the second half. LeJeune led the Tigers with 13 tackles, including a pair of sacks and another tackle for loss. LeJeune also added three pass deflections in the victory.

O’Neal, a senior from New Orleans, led the Tigers with two tackles on kickoff coverage. For the game, LSU limited the Rebels to only 39 yards on three kickoff returns.