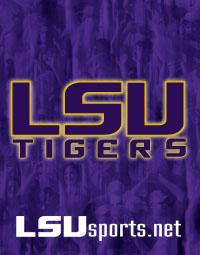 BATON ROUGE — Marian Whitfield, a 5-9 guard from Augusta, Ga., signed a National Letter of Intent during the early period to play basketball for the LSU Lady Tigers, it was announced on Wednesday by head coach Sue Gunter.

A senior at Glen Hill High School, Whitfield is the third early signee for LSU during the period that began last week.

“Marian is very athletic with a scorers mentality,” Gunter said. “She can score off the dribble and can turn the corner as quick as anybody I have ever seen. Those are the things that really impress us. Down the road she will be a big impact player.”

Whitfield, ranked as the 12th-best player in the nation by the All-Star Girls Report, led Glen Hill to a 30-2 record and a state championship last season as a junior, scoring 16 points, grabbing six rebounds and dishing out five assists per game. She earned both Nike and Street & Smith’s All-America honors.

Whitfield, who will enroll at LSU next fall as a freshman, was the AAU teammate of a fellow Lady Tigers early signee on the Georgia/Carolina Lady 76ers team that finished fourth in the National Oregon Trail Tournament and fifth in the Nike West Tournament in Chicago.