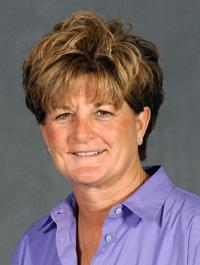 “Our coaching staff is pleased with the acquisition of depth, quality, athleticism, diversity and uniqueness of individuals in this recruiting class,” said Girouard, entering her third season at the helm of the Tiger program. “The group includes a Miss Louisiana Softball, a homecoming queen and a representative from the National Youth Leadership Conference in Washington D.C.”

Bailey, a pitcher from Live Oak High School, led her team to the Class 4A championship game last season, where they fell just short of the state title, losing 1-0 to St. Thomas More. She finished with a 26-5 record, including 17 shutouts and 250 strikeouts with a 0.25 earned run average. Also a powerful hitter, she batted .390 for the year with 15 RBIs.

“Rebecca is one of the nicest young people I have ever met while recruiting,” said Girouard. “She caught my eye two years ago at camp and I have been paying close attention to her ever since. She is a good athlete who has a great bat to go along with her pitching arm. She has a tremendous work ethic that will always lead her in the right direction.”

A pitcher from Teurlings Catholic, Provost led her team to the Class 3A state championships as a freshman and sophomore and was voted Miss Softball in Louisiana as a sophomore and junior.

Last season, Provost posted a 26-2 record with 276 strikeouts and a 0.22 ERA. Teurlings, however, lost its bid for three-straight state title with a 5-4 loss to Parkview Baptist in the championship game.

“Beth’s most impressive quality is her overall athleticism,” said Girouard. “She could play many positions on the field and has extremely good foot speed for her size and strength. A hard working athlete, she has known she wanted to be a Tiger from the outset and has tremendous potential in all areas of the game.”

A power pitcher from Bonita Vista High School, Turner led her team to the California state semifinals and a #10 national ranking. She compiled a 14-0-1 record with a 0.13 ERA and 155 strikeouts, earning her first-team all-state honors. Prior to playing for Bonita Vista, she was a two-time all-league selection at University of San Diego High School, where she owns school records for runs scored and triples in a season.

In addition to her accomplishments on the field, she was selected from a school of 592 students as the lone representative for the National Youth Leadership Conference in Washington D.C. last summer.

“Emily was one of the most highly recruited pitchers in the country and has unbelievable potential,” said Girouard. “A power pitcher, she is also a great athlete as evidenced by the fact that she also plays field hockey, basketball and volleyball. She will be a dominating presence on the field wherever she is playing.”

Hobbs, a catcher and utility player from Royal Palm Beach High School, is a career .330 hitter and a three-year starter. As a freshman she was selected the team’s most valuable player and has been named to the All-Palm Beach County team twice and All-Area squad for three years.

In addition, she is an all-around student who was named South Florida’s “Wendy’s High School Heisman Award” winner, elected the student body president and chosen the homecoming queen.

“Kristen is great catcher that will remind LSU fans of Jennie Reeves,” said Girouard. “She has a great arm and will be tough to run on. She is also an all-around student that is represented by the fact that she was her school’s homecoming queen, student body president and won the Wendy’s Heisman Award.”

A native of Oakland, Calif., Brooks played at Eufala High School in Eufala, Ala. prior to enrolling at Okaloosa-Walton. A two-time all-state selection in high school, she played in both the outfield and at first base last season at Okaloosa-Walton.

“Amber is a great athlete with tremendous softball instincts,” said Girouard. “She will remind fans of Trena Pell. She can do it all with her power, speed and a great glove. Simply a ‘ballplayer,’ she can play either first base or roam free in the outfield. Her added speed will make the Tigers of 2003 as fast as any previous Tiger team.”

The Tigers will open the 2003 schedule at home in the Tiger Classic on Feb. 7 against Stephen F. Austin at 2 p.m. LSU will also face Baylor and DePaul as part of the three-day tournament.