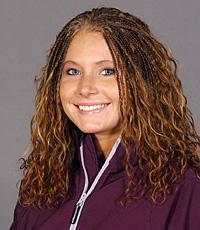 The Houston, Texas native already looked in mid-season form recording three scores of 9.900 or better, including identical marks of 9.950 on the vault and floor. She added a 9.900 on the beam and a 9.850 on the bars to finish out the night.

All-American Lauren Companioni picked up right where she left off a year ago captivating the audience on the floor with a dazzling 9.800 performance. Companioni also turned in impressive marks of 9.875 on the beam and 9.750 on the vault.

Sophomore Annie Gagnon had a tremendous outing scoring a 38.750 in the all-around, while notching marks of 9.850 on the floor and 9.800 on the beam.

Other highlights for the Lady Tigers included a 9.850 on the vault from freshman Rikki L’Heureux and a pair of 9.800s on the bars from junior Lindsay Beddow and senior Brooke Cazeaux. A trio of freshmen also turned in solid performances as Megan Durning scored a 9.850 on the beam and Lindsey Thompson and Terin Martinjak each scored 9.850s on the floor.

“We saw a new level of intensity tonight,” said LSU head gymnastics coach D-D Breaux. “The team came out and competed with a great deal of intensity and determination. I’m encouraged by what I saw tonight and I look forward to progress that the team will make before the next intrasquad.”

The LSU gymnastics team will host one final intrasquad meet Fri., Dec. 6 before opening up the 2003 season at the Bahamas Breeze Invitational Jan. 10.