Academic Center for Student-Athletes to be Dedicated Nov. 15 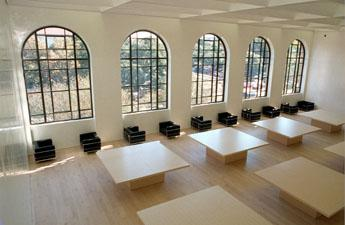 BATON ROUGE — Representatives from the Tiger Athletic Foundation (TAF) will formally hand over the keys of the new Academic Center for Student Athletes to LSU in a ceremony slated for Nov. 15, University officials announced today.

Joining the TAF and LSU representatives in the dedication of the state-of-the-art facility will be James C. Kennedy, Chairman and CEO of Cox Enterprises, Inc. and Jim Robbins, President and CEO of Cox Communications, Inc. The event begins at 7 pm with press interviews to follow at 7:40.

The dedication is the culmination of a three-year process that has seen the old gym armory building transformed into a permanent home for the University’s Academic Center for Student Athletes. Cox led the way by contributing more than $5 million in cash and in-kind services to the $15 million project that was spearheaded by TAF.

Vines said education is at the forefront of Cox’ efforts and the Academic Center was a perfect fit for the company.

“Cox Communications is proud to be a part of this new endeavor because we are deeply committed to the communities we serve, and education has long been the cornerstone of our community outreach efforts,” Vines said.

“The facility, made possible by Cox Communications and an innumerable amount of LSU supporters, is a tremendous academic resource for the University”, said Emmert.

“Within a stunning environment, the Cox Communications Academic Center for Student-Athletes provides our student-athletes with the tools to be successful in their academic pursuits. And, the beautiful Bo Campbell Auditorium will serve all LSU students and faculty every day. The Center’s presence on campus is the academic equivalent to that of Tiger Stadium and we could not be more thrilled with it.”

Manship said he wasn’t surprised the funds needed to renovate the center were raised quickly.

“The LSU family is composed of winners,” he said. “Our coaches, faculty and alumni want the very best for our students. Cox Communications and our other benevolent donors have contributed to a worthwhile project that will have impact on the success of our students for a very long time. There is no better feeling than helping a young mind reach its full potential.”

Richard called the center the “cornerstone of an outstanding athletic department at a great university.”

“The leaders of great universities do not stand still,” Richard said. “They are constantly striving to make their universities the absolute best they can be. The Cox Communications Academic Center allows our students to thrive in the classroom as well as on the playing field.”

The Cox Communications Academic Center includes a 1,000-seat auditorium where the dedication ceremony will take place. It will also contain 40 computers available for student-athletes, a 2,800 square foot library, private study rooms and a communications studio to provide interviewing and public relations training for LSU student-athletes.

“The concept behind the Cox Communications Academic Center has been developed over the past 20 years,” said Roger Grooters, Executive Director of the Center. “This fills a huge need for a facility devoted to helping our student-athletes reach their full potential academically.”

The Center currently provides a tutorial staff to work directly with students, a supervised study hall, career counseling, time management and study skills, as well training in compliance with rules governing the University, SEC and NCAA.

Manship pointed out that the project could not have been possible without the diligent work of the members of the Academic Center Development Council who “worked long, tireless hours to turn a dream into reality”, according to Manship.