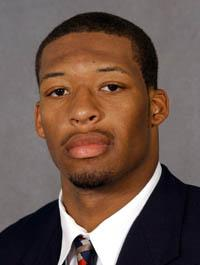 The bad news about having an open date after a loss such as the 31-7 defeat LSU suffered against Auburn on Oct. 26 is that they will have to think about it, hear about from the media, and suffer the consequences from a coaching staff that probably lost almost all of its sleep after such a game.

LSU quarterback Marcus Randall could certainly relate to that suffering, as almost every day after the Tigers’ loss he had to shoulder the responsibility for the setback. Randall, the redshirt sophomore who was thrust into the starting job three weeks ago after Matt Mauck suffered a foot injury that required surgery.

Against Auburn, Randall looked like, well, a quarterback making his second start and his first in a hostile environment against a hungry opponent. Auburn limited Randall to 9-of-20 passing for 79 yards and picked him off four times, and held LSU scoreless until 10 minutes remained and the game was well out of reach.

Against Kentucky in Lexington, the key for Randall was not to make mistakes. Keep it simple and let the LSU defense win the battle of field position to carry the Tigers to their seventh victory.

Randall, though, showed on Saturday just why coach Nick Saban had the local product from Glen Oaks High on his red alert recruiting list when he came to Baton Rouge from Michigan State following the 1999 season.

Randall was 10-of-23, just average passing numbers, but those passes went for 264 yards and three touchdowns, all of them to Devery Henderson.

Of course, it’s one pass that will forever cement Randall and Henderson in the hearts and minds of LSU football fans. It’s a story that will be passed down from generation to generation, and although most LSU fans were watching on television or listening to Jim Hawthorne’s call, it will be one of those moments where 150,000 people will say they were in Lexington’s Commonwealth Stadium.

The play was the 75-yard touchdown pass on the game’s final play where Randall threw up a wing and a prayer, a prayer that was tipped by Michael Clayton and caught on the rebound by Henderson, a track speedster from Opelousas who carried it the rest of the way to leave nearly 70,000 Big Blue fans stunned and speechless.

Clayton, the freshman All-American who caught the winning touchdown pass in last year’s 29-25 victory against Kentucky, had his own big catch late in the contest when he made a sliding 14-yard catch and alertly called the Tigers’ final timeout to set up the Hail Mary.

Randall gained only 36 yards on 10 carries rushing, but what won’t show up in the box score is much more important, as several times he was able to scramble away from the pressure provided by the Wildcat defensive line and either throw the ball safely away or make plays to keep drives alive.

The biggest play came late in the fourth quarter, as he ducked away from Kentucky defensive tackle Dewayne Robertson in the end zone, which would have given the Wildcats a safety and the ball on the free kick, which could have been the dagger in the heart. And although Randall’s pass was nearly intercepted, avoiding the score proved to be critical.

Henderson came to LSU with Randall and was a nationally recruited product out of Opelousas High, but for most of his career he has been overshadowed by other Tigers, first by LaBrandon Toefield in the backfield and then by Josh Reed and Clayton in the receiving corps.

Henderson made a spectacular play on the Tigers’ first touchdown in the second quarter, taking a short shovel pass from Randall, darting up the middle past several Wildcat tacklers and racing to a 70-yard touchdown to tie the game for his longest career reception-at the time, that is.

Henderson continued his assault on the Wildcat secondary late in the second quarter by catching two passes for 53 yards, first a 23-yard reception to the Wildcat 30 with just under a minute left, then hauling in a 30-yard scoring pass from Randall with five seconds left in the half to give the Tigers a momentum boost and a 14-7 lead at intermission.

Henderson became the eighth different LSU player to post a 200-yard receiving day (Reed did it twice last year against Alabama and in the Sugar Bowl against Illinois), and the first other than Reed to do so since Sheddrick Wilson against Rice in 1995.