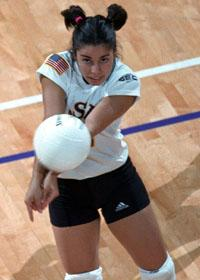 OXFORD, Miss. — After a five-game victory over Mississippi State on Friday night, the LSU volleyball team faces Ole Miss on the road on Sunday at 1:30 p.m. in the Gillom Sports Complex.

The Tigers (16-8, 8-5 SEC) have won six of the last seven matches and remain in second place in the Southeastern Conference Western Division, two games ahead of Alabama with three matches remaining.

“We were fortunate to get a win against Mississippi State on Friday,” said LSU head coach Fran Flory, “And Ole Miss played gave Arkansas a tough match. At this point in the season, every match is important, and this match is no exception. We need to leave with a win.

“Against Kentucky and Mississippi State we did not attack the match like we should have. We have got to do a better job of controlling the match and determining our own outcome.”

Jennifer Hampton was the only other Tiger in double figures with 11 kills. Jenny Greco was the only player to record a double-digit dig total, finishing the match with 11.

LSU jumped out to the early 5-1 lead in the first game before Ole Miss tied the game at nine, aided by a 6-0 run. The game was tied six more times before the Tigers took the lead for good, 26-25. A kill by Kyra Lancon sealed the game for LSU, 30-28.

The Tigers will next travel to face Arkansas in Fayetteville, Ark., on Wednesday at 7 p.m. The Lady’Back defeated LSU, 3-1, in Baton Rouge earlier in the season.