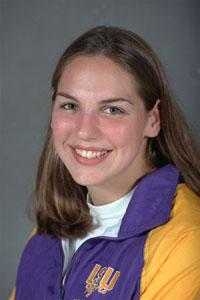 BATON ROUGE — The LSU swimming and diving teams hosted one of the wildest double-dual conference meets in history on Saturday, picking up one win on the women’s side and also gave a great effort on the men’s side.

Alabama won both 400-yard medley relays on the men’s and women’s side, and Arkansas won both 400-yard freestyle relays to finish off the meet. LSU placed second on both of the medley relays. LSU All-American Evan Martinec won the 100-yard backstroke with a time of 48.94 and Jan Minartz won the 500-yard freestyle with a time of 4:33.81, the only two individual winners for the Tiger men Saturday.

“That is one of the wildest meets I have ever been involved in, and I have been coaching for about 20 years,” said LSU head coach Jeff Cavana.