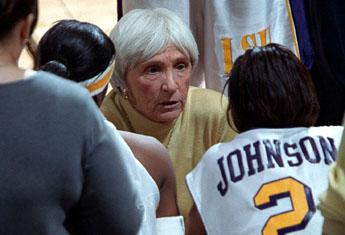 BATON ROUGE — LSU’s Lady Tigers basketball team was ranked third by the Associated Press and fourth by the coaches in the 2002-03 preseason polls released this week.

LSU’s No. 3 ranking by the AP is the highest for the program since the team finished the 1977-78 season as the second-ranked team in the nation. That season was also the last year the Lady Tigers were selected in the top three in the preseason poll.

The coaches’ poll sponsored by USA Today and ESPN ranked LSU fourth with 786 points. Duke, Tennessee and UConn precede the Lady Tigers in the poll that was determined by the votes of 40 division I coaches.

LSU opens the season Friday with an exhibition game against Basketball Travelers at 7 p.m. in the Maravich Assembly Center. The Lady Tigers begin the regular season Nov. 22 at Tucson, Ariz., against the Arizona Wildcats.