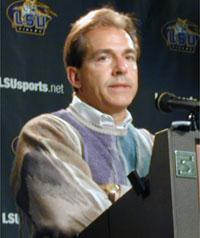 “I thought we had a very good week last week in terms of the bye week. We only really practiced two days, on Wednesday and Thursday, but I felt we made progress fundamentally and made improvement as a team. I think one of the things that you really want your team to do is for every individual to make improvement and play better at this time of the season so that every unit can play better and execute better. I think that is how your team continues to improve and that is what you need to focus on so your team has a chance to get better. Everybody has some of the same problems when it comes to getting guys beat up at this time of the year so that the more depth that you have and the more players you have who progress and continue to get better will obviously help and make it possible to sustain the season.”

“The spirit and enthusiasm on the team is very good. I have been pleased with what we have been able to accomplish to this point. Everybody needs to respect the fact that Kentucky is a very good football team. They are 6-3 and have won as many games as we have and they have one of the best offensive teams probably in the country. They have the best passing efficiency guy, Jared Lorenzen, in our conference. They also have a 1,000-yard rusher so they run the ball effectively this year. They have some big play potential with their receivers who are gutsy and play hard and who are guys that are faster than you think who have made a lot of big plays this year.”

“Their turnover margin has been a key to their success, which I think is plus 10, which is one of the best in our league. Last week was an indication of that, because they had two punt returns for touchdowns, an interception for a touchdown, they stopped a fake field goal on the 20 and blocked a punt on the 30, and that adds up to a lot of points and a lot of field position, and that basically won the game. Derek Abney is an outstanding receiver and an excellent punt returner who has several for touchdowns and has an 18.8 average. He is very productive as a return man and a receiver and we are going to have to do a great job on special teams in this game to control the vertical field position or that will absolutely eat you up in the game.”

“Turnovers and field position as always are going to be really critical. I think that every game at this point is like a one-game season and that’s the way our players need to approach it. This will be a tough test for us on the road and we need to be prepared for it. They are playing very good football right now and we need to get back on track, so hopefully our players will respond the right way and be ready to go. Demetrius Hookfin (cornerback) is not 100 percent yet with his ankle. He will be out there today dressed out but probably will just be running but we are hopeful that he will be okay in the next day or so. Marcus Spears (defensive end) will practice today, but what percent he is or where he is relative to his injury I cannot really tell you or predict that. He has made really good progress and we are hopeful that he will be ready to go in this game.”

“As far as comparing Abney to Domanick Davis, relative to making the first guy miss I think what Abney does is different. They have great confidence in their punt return and do a very good job of holding people up and controlling the gunners and what he (Abney) does a great job of is that he starts sliding in one direction and if he can get the edge he gets it and he sticks his foot in the ground and goes north and south. He has great vision and instinct out there as a runner and has an ability to make people miss and for his size he is very tough. I have seen guys come down and just bust him when he catches the ball and he spins off and goes and makes a big return. They do a very good job of how they set up their returns and how he takes advantage of it. He is an outstanding competitor and I have a lot of respect for him. He is one of the guys they like to get to the ball to on offense as well, but I really cannot compare him and Domanick, but both guys are outstanding punt returners.”