Volleyball In Search of Third Win in a Row Against MSU 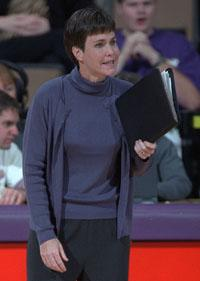 BATON ROUGE — The LSU volleyball team looks for its third Southeastern Conference win in a row against Mississippi State on Sunday at 1:30 p.m. in the Pete Maravich Assembly Center.

Fans are encouraged to wear gold as part of the Winn Dixie Gold Rush promotion to be eligible to win great shopping sprees from Winn Dixie.

“After our big win over Ole Miss on Friday, we are hoping to continue that success with a win over Mississippi State on Sunday,” said LSU head coach Fran Flory. “Every match is crucial at this stage in the season and it is even more important for us to win at home. We have won two in a row and are now looking to continue that streak against MSU.”

Senior Jennifer Hampton leads the Tigers with 280 kills this season for a 3.89 kills per game average. She also leads the team in digs with 207 and digs per game. Earlier this season she became just the fourth player in school history to record 1,000 career kills and 1,000 career digs.

Against Ole Miss, Hood led the match with 19 kills, two shy of her career-high, while hitting at a .484 clip. She also added two block assists and a service ace.

Causey recorded her sixth double-digit kill mark of her career with 10 against the Rebels, while leading the match with four block assists. The freshman also hit at a career-high .643 clip.

The Tigers remain at home to host Auburn and Alabama next weekend. LSU swept the Tigers in Auburn earlier in October, but are looking for revenge for a three-game loss to the Crimson Tide in Tuscaloosa.