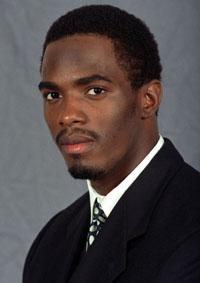 BATON ROUGE — Quarterback Marcus Randall, cornerback Demetrius Hookfin and the kickoff coverage team have been named the LSU Players of the Week following the Tigers’ 38-14 win over South Carolina on Saturday.

Randall, a sophomore from Baton Rouge, completed 12 of 23 passes for 183 yards and rushed for 36 yards and one touchdown in his first career start. Randall scored on a 12-yard run on LSU’s first possession of the third quarter and then connected with Michael Clayton on the two-point conversion to tie the game at 14-14.

Randall led an LSU offense that racked up 414 yards of total offense, 231 rushing and 183 passing. For the second straight game, the Tigers did not commit a turnover on offense.

Two possessions later, Hookfin put the game out of reach with a 10-yard interception return for a touchdown, giving the Tigers a 31-14 advantage. Hookfin intercepted a third pass in the fourth quarter and returned it for a touchdown, however, a late hit on the quarterback nullified the play.

For the game, Hookfin finished with seven tackles and added three pass deflections.