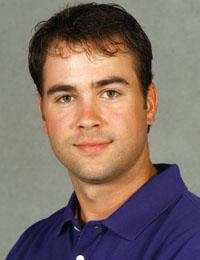 KNOXVILLE, Tenn. — The LSU men’s golf team will begin play in the 2002 Coca-Cola Tournament of Champions on Monday at Holston Hills Country Club in Knoxville.

The University of Tennessee will host the event at the par-72 course which has a yardage of 6,948. The first 36 holes of the tournament will be played on Monday and then final 18 on Tuesday. The field is made up of 14 teams, including six from the Southeastern Conference. Tennessee is the defending champion after finishing three strokes ahead of eventual SEC champion Auburn.

LSU has some history related to the tournament. The Tigers won the team title at the event in 2000, the first tournament win in fourth-year head coach Greg Jones’ career at LSU. The Tigers placed ninth last season with Heath West earning his first career top-20 finish, tying for 16th place.

Jones will use a lineup this week of the sophomore West, senior John Humphries, true freshman David Aitchison, and sophomores Brandon Aydlett and Jeff Riemann.

Humphries is making his fourth consecutive start this season, and has been the team’s top finisher in each of the first three tournaments this season. Riemann is also starting in his fourth-straight tournament while West will make his third start.

Aydlett appeared in the first tournament of his career not as an individual player last week in Tampa, Fla., and will make his second start in a row. The sophomore tied for 28th place last week. Aitchison, a native of Scotland, will also make his second-straight trip for LSU.

“We feel we have a good lineup this week and we are very comfortable with the course here and think we can do well,” said Jones. “We need to concentrate, focus and then finish to shoot some low numbers.

“I think we can definitely put up some low numbers this week, everyone just needs to do their part and we will have a good shot.”

Next up for LSU after the trip to Tennessee will be the team’s first of two home tournaments this season, the 10th-annual Country Club of Louisiana Intercollegiate on Oct. 28-29 in Baton Rouge.