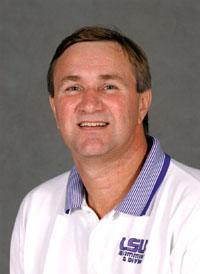 BATON ROUGE — The LSU swimming and diving team will open its home schedule versus Wright State on Friday at 3p.m. at the LSU Natatorium.

The Tigers opened the season last week at Florida as both the men and women losing to the nationally-ranked Gator squads in Gainesville, Fla. The men lost, 129-95, while the women lost by a score of, 140-96. Friday’s meet will be LSU’s seventh all-time against the Raiders, and they have a perfect 6-0 mark against them including 30-plus point victories for both the men and women a year ago in Dayton, Ohio.

Friday will also be a special day for the entire swimming and diving program as over 90 former athletes will hold a special reunion all weekend, highlighted by an alumni meet that will take place after the meet versus Wright State at the LSU Natatorium. Several past All-Americans, former coaches and recent graduates will participate.

“We are very excited about having such a large number of alumni in town for this special weekend,” said Cavana. “It is going to be a great time and we expect to have a good number here.”

Two former Olympians will be present this weekend. One is Neil Harper (1985-88), the current head coach at Florida State, and Sion Brinn, who is the assistant coach for Wright State.