Men's Golf 6-Over Through One Round at Gary Koch 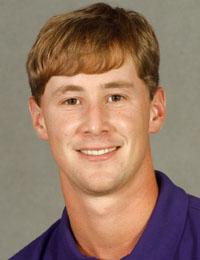 TAMPA, Fla. — The LSU men’s golf team shot a six-over par 294 on Monday in the first round of the Gary Koch/Cleveland Golf Intercollegiate before being forced off of the course due to lightning, suspending round two action until Tuesday at 7:45 a.m.

The 15-team field will begin play in round three at approximately 8:30 a.m. on Tuesday to conclude the tournament, being held at the Old Memorial Golf Club in Tampa. The current leader is Ohio State, who is currently three strokes ahead of Kentucky after firing a 9-under 279. Kentucky shot a 6-under 282. Tennessee is a shot behind co-host Kentucky at 5-under 283. College of Charleston is just a shot behind Kentucky while co-host Florida is at 3-under 285. Only one stroke separates each of the top eight teams in the field from each other and Arkansas and Vanderbilt are tied for sixth place.

The Tigers used another new lineup for the tournament, as two Tigers made their collegiate debuts on Monday. Brandon Aydlett, a sophomore from Monroe, La., shot a 3-over 75 to tie for 54th place and David Aitchison, a native of Scotland, shot a 79 in his first round as a Tiger. Senior John Humphries had another solid round Monday as he fired a 2-under par 70 and is tied for ninth place overall. Humphries tied for 13th place at the Windon Memorial Classic two weeks ago after shooting a season-low 69 in the first round.

Sophomore Jeff Riemann, one of the Tigers’ most consistent golfers this season, shot a even-par 72 and is tied for 22nd place. Riemann is playing in his third-straight tournament this season after not seeing any action prior to this season. The Gulfport, Miss., native, only saw action in LSU’s two home tournaments a year ago. He tied for 20th at the Windon, finishing with a 5-over 221. Sophomore Jason Horrell is tied for 63rd place after shooting a 5-over 77.

Ohio State’s Zach Doran is leading all individuals after a round, as he fired an incredible 8-under 64. Tennessee’s Ian Parnaby and Brandt Snedeker are four strokes behind Doran after each posted a 4-under 68. Five golfers are currently tied for fourth place at 3-under 69.

“We began to play a lot better in the second round but the weather got us, so we hope we can continue this tomorrow,” said LSU head coach Greg Jones. “We had another new group of guys but I thought we did okay today.

“Jeff (Riemann) has done real well and I was impressed with what I saw from both David Aitchison and Brandon Aydlett today,” said Jones.

The tournament continues on Tuesday morning with round two wrapping up at 7:45 and then the third and final round teeing off around 8:30. Old Memorial Golf Club is a par-72 course and its yardage is 7,247.