Six Players Cited as Players of the Week by Coaches 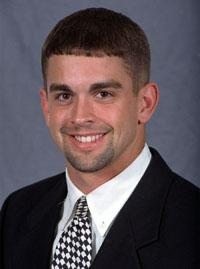 BATON ROUGE — The LSU coaching staff handed out player of the week honors to six Tigers on Sunday, a day after LSU posted a 36-7 win over Florida in Gainesville.

On offense, wide receivers Michael Clayton and Devery Henderson shared the honor as the duo combined for seven receptions for 132 yards and two touchdowns. Henderson led the Tigers with four receptions for 49 yards, including touchdown catches of 13 and 25 yards in the third quarter. Clayton finished with three receptions for a team-best 83 yards.

Defensively, Corey Webster and Bradie James were singled out for their part in LSU shutting down Rex Grossman and Florida’s offensive attack. Webster tied a school-record with three interceptions, returning one 45 yards for a touchdown in the first quarter, which gave the Tigers a 10-0 lead. Another of Webster’s interceptions led to an LSU field goal.

James led the Tigers with 11 tackles, including one for a loss, as LSU limited the Gators to only 237 yards of offense. Florida managed only 163 yards passing in the game and the loss was the worst by a Gator team since a 45-3 setback to Tennessee in 1990.

In addition, James’ 11 tackles on Saturday moved him past Shawn Burks into second place in school history in career tackles. James now has 339 tackles in his career, 75 of those coming this year. Al Richardson holds the school record with 454 career tackles.

On special teams, Domanick Davis and Blain Bech shared the award. Bech, LSU’s holder on point-after conversions and field goal attempts, scored the first touchdown of his career on a fake field goal, which resulted in a 35-yard scoring run.

Davis, who leads the SEC and ranks third nationally in punt return average, returned four punts for 62 yards, including a game-high return of 31 yards. Davis also had one kickoff return for 14 yards.