Soccer Fights to 1-1 Draw With Florida on the Road 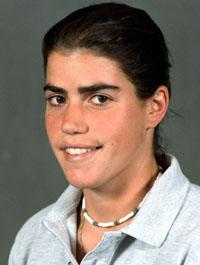 GAINESVILLE, Fla. — The LSU soccer team used a late goal from Stephanie Keating and a stellar defensive performance to earn a 1-1 tie against the Florida Gators on Friday, as the Tigers remained undefeated in 10-straight games this season here at the Percy Beard Stadium in Gainesville, Fla.

“There’s no question that this was a huge game for us,” said LSU head coach George Fotopoulos. “I don’t want to say that a tie is as big as a win, but right now for LSU it is. I mean, the last time that we came into this stadium we lost 11-0. I actually thought we were going to win tonight, but I’m extremely proud of our seniors. They really wanted this game and I think that they were able to walk off this field with respect.”

With only 8:34 for remaining in regulation, LSU’s Keating took a picture-perfect, give-and-go pass from junior Mandy Heintz and beat Florida’s goalkeeper Jordan Kellgren to equalize the score at 1-1. With only Kellgren standing in the way of a tie score in the vital Southeastern Conference matchup, Keating faked to her left and drove a shot into the lower-right corner of the net.

The equalizing score developed as Keating drove though the Gator defense, dished it off to Heintz who one-touched the ball directly back to Keating for the one-on-one opportunity with the keeper. Keating, a junior transfer from the University of Florida, earned her seventh goal of the season on the play, while Heintz accumulated her third assist of the 2002 campaign.

“It felt great to score the tying goal,” said Keating. “This was a great accomplishment for us, because we lost on this same field 11-0 three years ago and tonight we were able to fight hard, play a great game and tie them 1-1. I knew that we could do it and it’s a great victory for this team and the LSU program as a whole.”

With the tie, LSU moved to an overall record of 10-1-1 on the season and an SEC mark of 2-0-1. The Tigers have not been defeated in 10-straight games since a Sept. 6 loss to the 23rd-ranked Miami Hurricanes.

Florida earned its second tie of the 2002 season on Friday and ended the day with a 4-7-2 overall record. The Gators own a 1-2-1 record in conference play.

Florida jumped out to an early 1-0 lead with a goal at the 12:50 mark scored by junior Robin Fulton. The Gators’ offensive attack created the scoring opportunity with pinpoint passes form forwards Stephanie Freeman and Crystal Frimpong. Fulton gathered the pass in the box and placed a kick neatly between LSU’s goalie and the left post for her second goal of the season.

By allowing the Gators’ goal at 12:50, LSU fell behind in a game for the first time since Sept. 6. Prior to Friday’s contest, the Tigers had not trailed in a game since their lone loss of the season against Miami, 1-0. Fulton’s score also proved to be the first opening-half goal given up by LSU this season.

The first half of play lived up to its billing as an SEC rivalry between two top-notch soccer teams. The conference rivals were called for a total of 19 fouls and the Tigers were penalized for two yellow cards. LSU midfielders Stephanie Keating and Rachel Cohen each picked up yellow cards during the first half of play at 37:36 and 44:50, respectively.

LSU continued to play physical defense on Friday as the Tigers registered 11 fouls in the first half. The Gators’ players didn’t back down from the contact and racked up eight fouls of their own.

The LSU soccer team will next be in action on Sunday, Oct. 13, as the Tigers remain on the road to face the South Carolina Gamecocks at noon in Columbia, S.C.