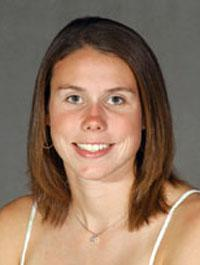 GAINESVILLE, Fla. — The LSU swimming and diving team opened its 2002-03 season on Friday with a loss to perennial power Florida at the O’Connell Center in Gainesville.

LSU finished first through third in both the 200-yard backstroke and the 500-yard freestyle on the women’s side and had the top four finishers in the 200-yard breaststroke. Sophomore Lindsay Staak won the 200-yard backstroke with a time of 2:07.00 and freshman Megan Wolters and Cindy Martinez placed second and third behind Staak. Junior and All-American Stephanie Smith won the 500 free with a time of 5:01.74 and Jenna Molinski and Margot Gathings finished second and third in the event.

Senior Cissy Schepens won the 200-yard breaststroke with a time of 2:19.53. Schepens is back at LSU for her senior season after transferring from Georgia. Schepens began her career at LSU and was a two year letterman from 1999-2000. Maryland transfer Jill Thomas made her LSU debut and placed second in the event with a time of 2:28.35. Chere Richards and Lauren Ostroski placed third and fourth in the event.

LSU ended the meet by winning both 400-yard freestyle relays on both the men’s and women’s side. The men’s team of Francisco Paez, Evan Martinec, Jan Minartz and Chris Stanczyk won the event in a time of 3:05.73. The women’s team of Wolters, Margaret Anne Moore, Donna Leslie and Bethany Cottingham won the relay with a time of 3:36.57.

Senior Kyle VanArsdall, the lone male diver on the LSU team, won the 3-meter competition with a score of 265.42 and placed third in the 1-meter with a mark of 262.95. Jessica Wantz and Barb Gorst finished third and fourth in the 1-meter competition. Wantz placed second in the 3-meter with a score of 281.62 and Gorst, the 2002 SEC platform champ, finished fourth in the event. LSU was without senior All-American Michelle Coryell, who continues to fight a back injury that has kept her out of action for nearly a year.

“We started this season out here today against one of the toughest team’s in the nation”, said LSU head coach Jeff Cavana. “They (Florida) are a very deep team and their women are one of the best, if not the best, teams in the country.”

“We swam better today as individuals and a group than we did a week ago at the Intrasquad, which is what we wanted to do, but they are an outstanding team,” said Cavana. “We are ahead of where we were last season at this point but this was just a very tough meet.”

LSU returns to action with a dual-meet versus Wright State on Oct. 18 at the LSU Natatorium.