Gunter Speaks to Media Before Start of 2002-03 Season 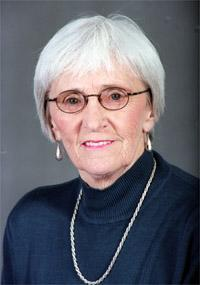 “I could not begin talking about this year if I did not reflect back on the previous year, as it was indeed a special time. I don’t know if I as a coach or probably we as a staff have ever had seven kids that worked any harder at the end of the year and went to lengths that which they went to be successful, it was extraordinary. I think those seven kids really gave us the spirit and the willingness to work even harder to help them fight some of the giants that they fought and it was just a tremendous effort. It’s nice having them back and the type of effort that they gave us of the over course of the year.

“Let me just give you a quick injury update on those kids that were hurt. Right now DeTrina White looks good, her foot is fine, we still are always worried about her back, but throughout the workouts she has been involved in and the conditioning programs she looks real good right now so we have got to have our fingers crossed and hope she has the senior year that she deserves. I will say right off that DeTrina is a huge factor to success for our season. There are certain things that DeTrina brings to table that you do not get anywhere else. She is a dynamite player, and I really just think she brings a lot of things to us that are certainly not there when she is not on the floor. She brings everybody else up a level when she is healthy and when she is playing. Wendlyn Jones is the first player who went down with an ACL last year. She is healthy and looks great, during her workouts over the summer and the knee is fine. She worked very hard, she looks good in conditioning and full player and she is 100 percent and we anticipate her getting us far in the event this year. Kisha James probably the player who has been the most snake bitten, other then DeTrina, but she is right now been 100 percent and looks great, she is hustling very hard and we feel good about where she is and let’s just hope that her knee holds up. Tillie Willis was the third ACL. Tillie is still limited. She has not been cleared for full competition. We anticipate that she will come along and be ready to go probably by the time we get to early November, but I don’t know about that. Roneeka Hodges, the one who has had the problems with her legs, she is still having problems with her legs, so we are still not real sure of what her status is at this particular point of time. She still has something that we can’t define at this point. Everybody else looks good, I think they’re healthy and are ready to go.

“It’s a little bit unusual for John (Brady) and I both. It’s been while since we had our full comp of players. That’s going to be unusual, last year we didn’t have anybody who didn’t have playing time. But I certainly feel like all the positives are there for us. The preseason polls are a little bit frightening if you’re coach and in a lot of ways it shows that you are starting to see a little bit of respect that you have been fighting for over the years. And I’ve said to many of you when we’ve talked on a one on one basis that it is kind of nice to have this kind of pressure for change. I think we’ve had every other single pressure for the twenty years that we’ve been here. So it is kind of nice to know that the other people are looking at us in a different light. The only thing we can do as Skip (Bertman) told me this morning, let’s take this thing wire to wire, and you can’t help the opinions people have even if those opinions were not very high of us and now they will probably be higher than they should be. But you take the good with the bad and as all the coaches would tell you the only poll that counts is the one that comes out at the end of March and the first of April. We look forward to the season. The schedule, it’s strenuous, it’s a terrific schedule, it’s a very difficult schedule. The conference is probably top to bottom the best it’s ever been. I don’t know how else to say that because it seems like that every year, yes it is but it’s even better this year. We look at the preseason polls and there’s another team ahead of us in everything you look at and that’s Tennessee. I think they’ve been either 1 or 2 in every poll and they are very good, and the coach is very good. They are all good; Vanderbilt will be good again. They only lost one player. So the only thing we can do is get excited about Saturday. The fact that Semoine is with us, that’s certainly been a topic of conversation throughout the summer, and I think that you will find that Semoine Augustus is everything that you thought she would be. I really think that we (the team) think she will be. She’s going to be a very dynamic player, but we can’t make her a sophomore before she’s a freshman. I think one of the first things for Semoine is she walked into a program where the program is not sitting on her shoulders and I think she feels really good about that. She is a team player, I think she is handling it extremely well at this point and she is following: she’s just a terrific young player, and I think every accolade that has been sent her way is deserving of self. And she is going to be the topic of a lot of conversations this year and we’re going to be one of those teams this year that we have a target on our back, and actually we have been the ones shooting at other people’s back and that is going to be on us this year. We are going to have to find a way to stand up and handle the pressures that is obviously going to be there.”

“Playing 40+ minutes really does wear you down, but the biggest thing is that we have big bodies now: Aiysha, KeKe, and all the post players we had last year did a great job. Its more in depth, we have freshman Traynell Clavelle and 6’5″ Chrystal White coming in December…that’s the biggest part. The good thing is that I don’t have to worry about going and getting rebounds as much.”

On the adversities from last year:
“I think going through that (last year) will help us because we’ve already experienced it. We already know what is the coming of it if it was to happen this year. We just have to pull together like we did last year and still play.”

Aiysha Smith (Sr., Center)
On how much last year is going to help this year:
“Last year was an experience as my first year, it was Temeka’s first year. We lost Detrina and Kisha, we had KeKe, she was teaching us a lot. This year we will come back with more experience and we are going to have a better season.”

On the expectations for this year:
“It is a bigger target. We will play with more substitutes coming off the bench. We don’t have to use our legs as much and we will keep on cheering.”

On injured teammates support:
“It was great support! We didn’t have too much of a crowd so the team kept us going and kept pushing. If we were a little bit tired they kept talking to us, but now they are going to be in the game, so we can do the same for them.”

Seimone Augustus (Fr., Guard)
On the expectations of herself:
“I will just come out, play my best, and do the best that I can for the team. They already had a great team before I got here; I’m just going to try to make the team better. It’s going to be a more relaxing for me and I don’t have to stress as much doing all the work. I have other players that can do just as much as I can do. In practice all the time I get down on myself because I don’t know the system yet. They just try to keep my head strong.”

On expectations for the whole team:
“I just think everyone is coming together, with two freshmen coming in, it’s seems like we’ve been here a long time with the family atmosphere, everybody coming together as a team.”