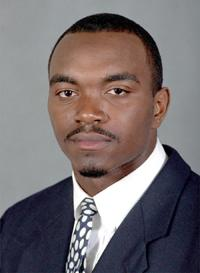 Toefield suffered the injury in the second quarter of LSU’s 48-0 win over Louisiana-Lafayette on Saturday in Tiger Stadium. He’s expected to be out of action for at least six weeks.

“The fracture was relatively a clean break and it went back together very easily,” Bankston said.

Bankston said the surgery required the placing of a plate along with seven screws into Toefield’s arm to stabilize the bone. Toefield will be in a cast for at least four weeks and will begin therapy after that.

Toefield, a junior from Independence, La., had played in all five games for the Tigers this year and he ranked second on the squad with 323 yards. Toefield earned First Team All-Southeastern Conference honors last year after rushing for 992 yards and an SEC-record tying 19 touchdowns.

For his career, Toefield has rushed for 1,997 yards and 26 touchdowns in 27 regular season games for the Tigers.

Toefield missed most of last year’s SEC Championship game and all of the Sugar Bowl after suffering a torn anterior cruciate ligament in the first half of the Tigers’ 31-20 win over Tennessee in the conference title game.

“This is a very unfortunate injury,” Saban said. “LaBrandon worked so hard to come back from last year’s knee injury that it’s a shame that something like this has to happen. Toe’s a great person and a fierce competitor and someone we are going to miss on the field. Right now, our main concern is doing whatever we can to support him.”