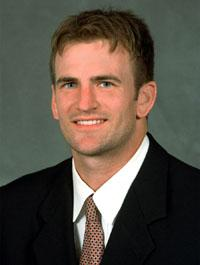 Going into the 2002 season, most experts felt that LSU’s passing game would not be as proficient as it was in 2001.

The dropoff in production was to be expected. After all, LSU was losing the two of the most lethal offensive weapons in school history in quarterback Rohan Davey, who set an LSU single-season record with 3,347 yards, and receiver Josh Reed, who ended his career as the SEC’s most proficient pass catcher, highlighted by 3,001 career yards, including 293 against Alabama and 239 in the Sugar Bowl against Illinois.

That’s not to say the cupboard was bare. Matt Mauck, Davey’s replacement under center, had proven his ability with a stunning relief performance against Tennessee in the SEC Championship game, and Reed’s absence would be more than filled by 2001 Freshman All-American Michael Clayton and one-time starters Jerel Myers and Reggie Robinson.

But after the Tigers could muster just 52 yards on 4-of-12 passing in a 31-13 victory over SEC West rival Mississippi State last Saturday, LSU coach Nick Saban issued a challenge through the media to the air game.

Consider the challenge met after a mere 10 minutes, 23 seconds. By that time, Mauck had already completed 6 of 8 throws for 118 yards and three touchdowns to stake the Tigers to a 21-0 lead over Louisiana-Lafayette.

Mauck would hit on only two of his next 11 throws, but with a 41-0 halftime lead, the former minor league baseball player didn’t necessarily need to be at his best. Mauck finished the night 8-of-19 for 138 yards as he gave way in the second half to Marcus Randall.

A holding penalty on LSU’s first play from scrimmage threatened the momentum created by Domanick Davis’ 41-yard punt return, but after runs by Davis and Mauck gained nine yards, Mauck found Devery Henderson in the right corner of the end zone, and the Opelousas native outjumped a Ragin’ Cajun defender for the first of six first-half touchdowns by the Tigers.

Mauck went back to the air on LSU’s second drive, connecting with Clayton for 16 yards and a first down, then completing a 6-play, 54-yard drive with a slant over the middle to the Baton Rouge native, who outraced a pair of UL-Lafayette defenders to the end zone for the 36-yard touchdown.

On the drive alone, Clayton had exactly as many yards as the Tigers’ passing game had in 60 minutes against Mississippi State-and only 7:03 had elapsed. Clayton caught just one pass for seven yards against the Bulldogs after 17 passes for 195 yards in the first three games of 2002. Clayton has now caught a pass in all 18 games in which he has donned the purple and gold.

With the Cajuns now squarely focused on trying to stop the speedy Clatyon, Mauck unleashed an unlikely weapon in his aerial arsenal to help LSU score its final TD of the opening period.

Spotting a weakness in the middle of the UL-Lafayette defense, Mauck exposed it by sending fullback Joseph Addai on a check-through over the middle, and Addai hauled in Mauck’s pass and rumbled 42 yards to the Cajun 6. Three plays later, Mauck hooked up with Clayton in the southeast corner of Tiger Stadium, and the rout was on at 21-0.

Clayton collected his second multi-TD game of the season, along with his two scores against Miami (Ohio). Clayton also scored twice in last year’s win at Kentucky, including his legendary game-winning catch with 13 seconds to go in that 29-25 victory.

Coaches often like to avoid the term “sending a message” because it might convey overconfidence. Yet when Ron Zook and his staff in Gainesville get a look at the tapes of this game, the Florida Gators will realize that although Matt Mauck doesn’t have the same recognition as Eli Manning, the task the Gators face in stopping the LSU passing game will be no easier than it was in Oxford.

On the other hand, Mauck’s challenge next Saturday at Florida Field will be to step up his game against one of college football’s most daring defensive coordinators, the Gators’ John Thompson, especially after Florida’s national championship hopes were buried deep under Vaught-Hemingway Stadium after Ole Miss’ 17-14 upset.

When Thompson, who briefly was on Saban’s staff in January of 2000, was running Houston Nutt’s defenses at Arkansas in 2000 and 2001, the Tigers had vastly different results.

In 2000, the Tigers were limited to 143 yards-the lowest total produced by LSU under Saban-in a 14-3 loss at Little Rock. One year later in Death Valley, the Tigers riddled the Hogs’ defense for 512 yards, including 359 yards passing by Davey, in a 41-38 thriller that was the third of the Tigers’ six-game, season-ending win streak.

What will Mauck, Davis and his mates produce against Thompson next Saturday in The Swamp? Only time will tell. But one thing is for certain-Thompson’s charges will have to be ready for an LSU offense that proved against UL-Lafayette that it is just as lethal through the air as it can be on the ground.