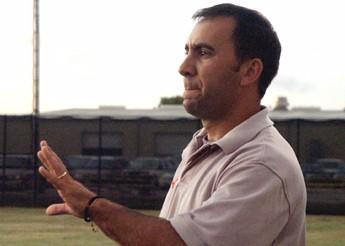 NACOGDOCHES, Texas — The LSU soccer team looks to win its fifth-consecutive season-opening contest on Saturday, as the Tigers open their 2002 schedule against the Stephen F. Austin Lady Jacks at 7 p.m. in Nacogdoches, Texas.

“Stephen F. Austin is a very good team,” said LSU head coach George Fotopoulos. “Last season, they had a great year, they have a new coach and she’s done a fantastic job. It’s not going to be an easy game for us at all. We’re playing on the road in a hostile environment, on some hostile turf and it’s going to be a good first test for us.”

Saturday’s non-conference matchup at the turf-laden Homer Bryce Stadium will be first game of the season for both squads. Despite ending with a 7-8-3 record last season, LSU enters the 2002 campaign full of optimism after finishing 9-0 in the spring and returning seven starters from its 2001 squad.

Stephen F. Austin comes into the game looking to begin a new era. Saturday’s contest will begin the coaching career of first-year head coach Nicole Nelson and winning at home against a quality opponent would bode well for the Lady Jacks’ chances in the Southland Conference this season. SFA finished the 2001 season with a 10-8-1 overall record.

LSU owns a 5-2 record in season openers and has won its previous four opening-day games. Last season, the Tigers blanked McNeese State, 5-0, at home. The win marked the first of three LSU home shutout victories in 2001.

The season-opening contest could mark the reaching of a milestone for a couple of members of the LSU soccer program.

Fotopoulos, in only his third season, looks to become LSU’s all-time winningest soccer coach on Saturday. He is currently knotted with former head coach Miriam Hickey at 22-career victories. Last season, Fotopoulos became the fastest soccer coach in school history to reach the 22-win plateau as the Tigers recorded a 1-0 victory over Northwestern State on Oct. 10.

“I’m very anxious to see how we do on Saturday and I like the environment that we will be playing in,” Fotopoulos said. “It’s away from home, so it’s going to be hostile. It’s a tough ground to play on and there are going to be a lot of things that can possibly go against us. It’s going to be a good challenge for us to help us along in the rest of the year.”

LSU will open its home season against Loyola (N.O.) at 7 p.m. on Sept. 11, at the newly renovated LSU Soccer Complex. The game is being promoted as Stars and Stripes Patriotic Night.