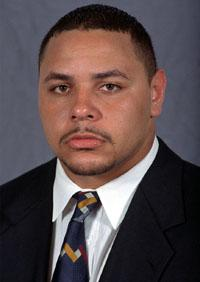 BATON ROUGE — LSU linebacker Bradie James has earned a spot on a watch list for a third national award as he is one of 121 players from across the country named to the Lombardi Award watch list, the Executive Committee of the Rotary Lombardi Award announced on Friday. James is joined on the list by teammate Chad Lavalais.

Eligibility for the Lombardi Award is limited to down linemen and those defensive players who line up within five yards of the football.

James is also among the candidates listed for the Butkus Award, which goes to the nation’s top linebacker, as well as the Nagurski Award, which is awarded to college football’s top defender.

James, who has been mentioned as one of the nation’s top linebackers entering the 2002 season, has recorded 264 tackles and 11 sacks during his career. Last year, James earned First Team All-Southeastern Conference honors after posting 113 tackles, including eight for losses, to go along with three sacks. James was also a member of the SEC Academic Honor Roll in 2001.

Lavalais, a junior defensive tackle from Marksville, La., started 12 games for the Tigers last year and finished with 53 tackles and one sack.

The watch list will be trimmed to 12 semifinalists in late October and will then be cut to four finalists in mid-November. The winner of the award will be announced on Dec. 11 in Houston.