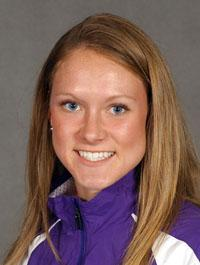 BATON ROUGE — LSU kicked off the 2002-03 track season with the announcement of its cross schedule Thursday. The Tigers will participate in five regular season meets before beginning post-season competition Nov. 4 at the SEC Championships.

LSU will begin the season Fri., Sept. 6, when it travels to New Orleans for the Tulane Invitational. The Tigers will then head to Albuquerque, N.M., the following week for the New Mexico Invitational before returning home for LSU’s only home meet of the season, the LSU Invitational, on Saturday, Sept. 28, at Highland Rd. Park.

The Tigers will then race in Indiana State’s ISU Invitational and Arkansas’ Chile Pepper Festival before beginning postseason competition with the SEC Championships in Gainesville, Fla. The NCAA South Central Regional meet will follow two weeks later as Baylor plays host to the event Nov. 16 in Waco, Texas. The season will conclude Mon., Nov. 25, with the NCAA Championships in Terra Haute, Ind.

Coming off a year where the men finished ninth and the women placed 11th at the 2001 NCAA Regional meet LSU welcomes back 12 runners on the men’s side and eight on the women’s side. The Tigers will look to top returnees Jimmy Wiggins, Marian Burnett and Katie Denton to lead them to the top of the 2002 conference and regional rankings.