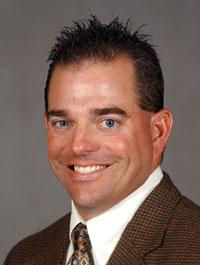 “Naturally, it hurts to lose someone of Dan’s caliber,” Laval said, “but we’re proud that he has earned a well-deserved chance to be the head coach at SLU. It’s the mark of a good program when your assistants are head-coaching candidates, and I’m sure it won’t be long before (LSU hitting coach) Turtle Thomas also gets that opportunity.

“The good news is that Brady was my pitching coach (in 2000) at Louisiana-Monroe,” Laval continued, “and he is very familiar with our system, the same system Skip Bertman started at LSU. So, I’m excited that he’ll be working with our pitchers this season. Brady has a proven track record of success at every level he has coached, and I know he will continue to be a tremendous asset to our program in this new capacity.”

Wiederhold served as the LSU administrative assistant in 2002 after working two seasons as the pitching coach at ULM. He was Laval’s pitching coach in 2000, when the Indians advanced to the NCAA Baton Rouge Regional, and he served in 2001 under current ULM head coach Brad Holland.

Prior to his tenure at ULM, Wiederhold worked four seasons as the pitching coach at Kennesaw (Ga.) State.

During Wiederhold’s tenure at Kennesaw State, the Owls appeared in four Division II College World Series. KSU won the 1996 national title and were runners-up in 1998 and 1999. Wiederhold’s KSU pitching staffs led the nation in ERA in 1997 and 1998.

Prior to his stint at KSU, Wiederhold spent two seasons as an assistant coach at Oglethorpe University in Atlanta. During his stay at Oglethorpe, the Stormy Petrels went 46-28 overall (.622 winning percentage) with a Southern Collegiate Athletic Conference Eastern Division title in 1994.

Wiederhold was a four-year letterman at Kennesaw State from 1990-93. The former catcher was named the squad’s top defensive player as a senior and was selected to the 1990 Georgia Intercollegiate Athletic Conference all-Freshman team.

Wiederhold, 32, earned his bachelor’s of science in sports management from Kennesaw State in 1994. A native of Columbus, Ga., he is married to the former Aimee Wooster, and they have a one-year-old son, Dalton.