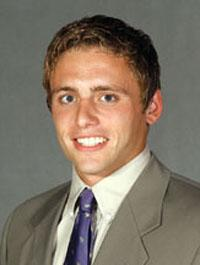 Jaynes, a native of Kenner, La., finished second out of 85 competitors in the event, which is equal to 3.1 miles in length. Jaynes finished behind just Dan DeMarco of the Long Island Swimming Club, who swam the event in a time of 1:02.06. Jaynes was swimming for the Bengal Tigers Aquatic Club.

Jaynes earned an invitation to the national competition on Oct. 26 in the Cayman Islands for an open-water competition.

“I am happy for Myles to give a performance like that, it was a gutsy performance and he gave a great effort,” said LSU assistant coach Lars Jorgensen. “It was his first open-water event, so that makes it even more impressive.”

Marrs placed fourth in the 100-meter breaststroke with a time of 1:02.22 which qualified him for the 2002 Pan Pacific Championships, on Aug. 24-29 in Yokoahama, Japan.

Marrs, a four year letterwinner at LSU from 1995-98, was a five-time All-American in each of his final three seasons at LSU.

“I am happy for Jarrod to have an opportunity like this, it is nice to see one of our alumni get this type of recognition,” said LSU head coach Jeff Cavana.