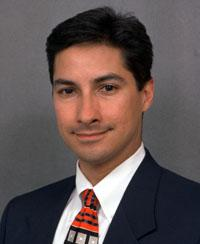 BATON ROUGE — Herb Vincent, the former sports information director at LSU, is returning to the school as the associate athletic director for external affairs, director of athletics Skip Bertman announced on Monday.

“We’re excited to have Herb rejoin the athletic department,” Bertman said. “He did an outstanding job as the sports information director for many years and now he’s coming back in a different capacity.

“As associate AD for external affairs, Herb will work with the athletic department, the Tiger Athletic Foundation as well as the University in keeping the message to the public and our fans consistent. This is a new position in our department and Herb’s experience makes him a natural for the job.”

Vincent comes back to LSU after spending one year as Vice President of Communications for College Sports Southeast in Birmingham.

Prior to his one-year stint with College Sports Southeast, Vincent served as LSU’s SID for 12 years, seven of those years as an associate athletic director. In his previous 12 years with LSU athletics, Vincent ran the SID office as well as overseeing the LSU electronic media department, which included the LSU Radio Sports Network, TigerVision, as well as the coaches’ shows. Vincent was also instrumental in the launch of LSUsports.net in 1999.

Vincent, a native of Shreveport, La., has also worked at the Southeastern Conference office as well as serving as PR director for the Los Angeles Express and assistant PR director for the New Orleans Breakers, both of the United States Football League.

Vincent is a 1983 journalism graduate from LSU. He is married to the former Jamey Cavacini of Versailles, Ky.