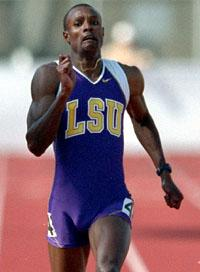 In other international competition involving former Tigers, NCAA Champion and Olympian Walter Davis looks to continue a fantastic summer of competition at track and field’s highest level in the Golden League’s Weltklasse Zurich in Switzerland on Friday.

Davis, who stands in third place in the Golden League standings with 40 points, will compete against the world’s best beginning at 2 p.m. CDT. The following is the field for the meet: