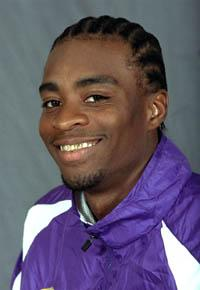 BATON ROUGE — Walter Davis, a qualifier for the United States in both the long and triple jumps for the upcoming Sydney Olympics, has signed a letter of intent to join the LSU track and field program, LSU head coach Pat Henry announced Tuesday.

Davis, a native of Leonville, La. and 1997 graduate of Beau Chene High School, finished third in both the long and triple jumps at the United States Olympic Trials in Sacramento, Calif., last month to earn a trip to Sydney and is viewed as, perhaps, the top up-and-coming jumper in the American ranks.

“Walter Davis is a tremendous addition to our men’s program and we’re thrilled that he has decided to make LSU part of his future. He’s also a Louisiana guy and that means a great deal to us as well, to keep the top talent in the state here,” said Henry. “The United States has had a great tradition in long jumpers and triple jumpers and he appears to have the potential to be the next great one.

Davis came up with marks of 26 feet 7 1/4 inches in the long jump and 55-3 in the triple jump at the trials to qualify for the Olympic team.

He earned his Olympic Trials qualifying mark in the triple jump at Bernie Moore Stadium in Baton Rouge on May 19 at the LSU Last Ditch, winning the event with a legal mark of 56-0. He owns a personal best of 27-9 1/4 in the long jump.

Davis will bolster a Tiger jumping corps that already includes Marcus Thomas, the 2000 SEC triple jump champion who finished third in the long jump and fourth in the triple jump at the NCAA Outdoor Championships and 2000 Louisiana Track and Field Freshman of the Year Traun Smith.