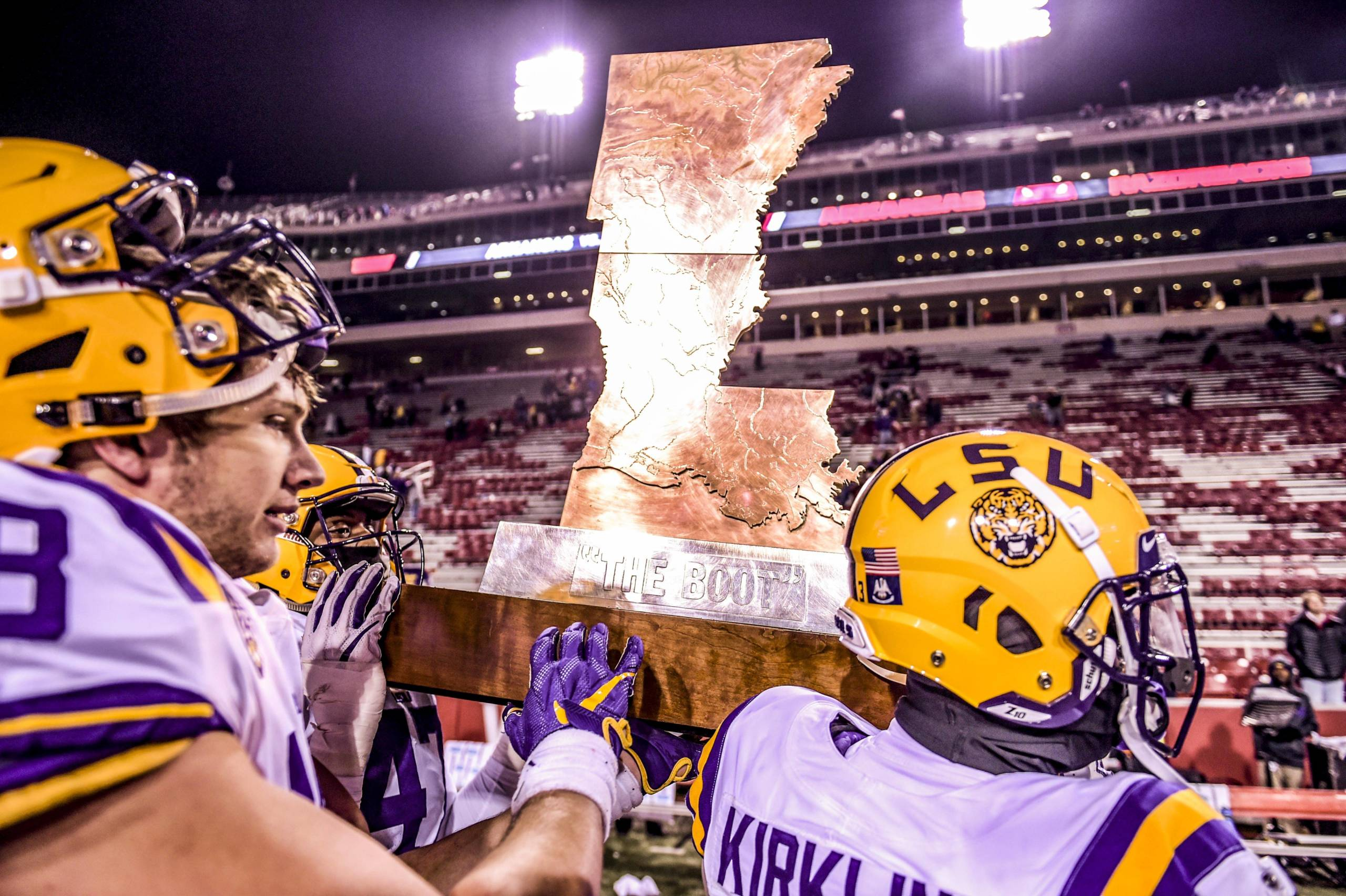 LSU Football vs. Arkansas Battle for the Golden Boot

The Golden Boot is a trophy awarded each year to the winner of the Battle for the Golden Boot football matchup between LSU and its SEC rival Arkansas.

The trophy was introduced to the series prior to the 1996 season.

Molded from 24-karat gold in the shape of the states of Arkansas and Louisiana, the trophy stands four feet in height, weighs nearly 200 pounds and is valued at $10,000. It is believed to be the heaviest trophy awarded in a college football rivalry.

After a win in the series, the victorious team keeps the trophy until the next year’s. As of 2014, the Golden Boot is in the possession of Arkansas.